Think your iPhone might have spyware? This is a real concern for many people. I’m going to explain how to detect spyware on an iPhone, covering the different types of spyware used and how they work.

According to a news release by Google, it was stated that almost one billion Apple users could have had their iPhones hacked over a period of two years. Hackers could plant spyware on your mobile phone if you just accessed a malicious website, allowing them to easily gain access to your mobile device.

As a result of this, the demand for spyware detection tools increased considerably by 46% in the second quarter of 2020. If you check your App Store you will see that there has been a major rise in the number of spyware detection applications for the iPhone.

Simultaneously, there has also been a vast increase in the number of applications that steal data from a person’s iPhone. If you read my article how to remove spyware from your iPhone – you’ll see I explain about the different types of spyware.

To summarize – spyware can refer to commercial spy apps but also to infections similar to a virus, aimed at capturing your data. Spy apps are usually used to target a specific individual where true spyware is more a broadcast approach. Both are bad!

Previously, hacking iPhones used to be difficult. Only expert technicians were able to gain access. Now that is not the case. Anybody with an inexpensive spy application will be able to access your iPhone by following a simple set of instructions. 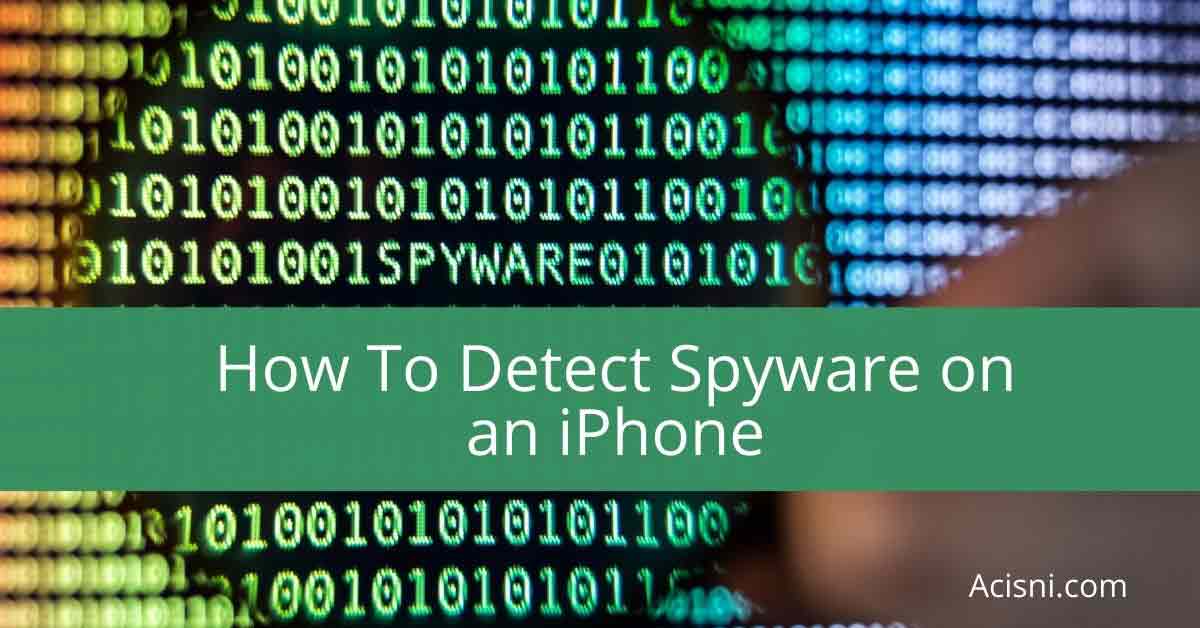 Are There People Watching Whatever You Do on Your iPhone?

The concept of spyware means that when a person gains access to your device, they will be able to get their eyes on your most private information as well. All of your photos, your chats, your emails and messages will be exposed. On top of that a sophisticated hacker will also be able to track your GPS location as well.

The worst part is that some spy apps are also able to listen in on your phone calls. Basically, a hacker will be able to see or access anything that is on your iPhone.

How Easy Is it, Really?

The concept of hackers was quite different before. People used to think that to be a hacker you needed to be quite fluent at coding and other important disciplines. However that is no longer the case. Now it’s just about having the right tools – which are usually available at the right price.

The worst part is that you can easily buy spyware that can expose an iPhone’s vulnerabilities for very little – often as low as $20 per month.

The entire hacking industry has changed; it is no longer a sophisticated game. Nowadays, it’s more about gaining access to a phone and installing the spyware on their mobile phone quickly.

Who Would Install Spyware on Your iPhone?

Anyone around you can be a potential hacker. It could be a jealous or suspicious spouse, your partner, or it could be an inquisitive employer who wants to keep tabs on you. Or, it could be a professional hacker or a stalker, someone who is a complete stranger to you.

It’s going to be virtually impossible for you to tell who hacked your device, especially when you consider the level of sophistication of modern spyware tools. According to statistics the chance of someone closer to you installing the spyware is much higher as compared to complete strangers.

But, if you are considered a “high value person” someone who might have sensitive knowledge about a particular project, the chance of a professional hacker targeting you is going to be considerably higher.

Of course this is totally illegal in most cases. You can’t just install spy apps on anyone’s phone. These apps are designed to monitor your children’s phones or in some cases company cell phones. But that doesn’t stop everyone!

Why Would Somebody Want to Hack Your Device?

There can be any number of reasons why a person might want to hack your device. Usually, people hack devices for monetary gain (either via extortion or blackmail), or to gain more information about someone’s personal life.

Here are just a few examples of why someone would want to hack your iPhone, and the many ways by which they could abuse your private information:

This is arguably the most common use of spyware on iPhones. A person can stalk you and keep tabs on what you are doing. For instance, they can access your personal messages to use in a divorce case or they can monitor your location (especially if you have a partner who is suspicious of your whereabouts). On top of that, some employers want to fully monitor their employee’s devices. It’s illegal, but many still do it.

There is also a big risk of your identity being stolen especially if a hacker gains access to your mobile device. All of your important details, information and passwords will be stored there. They could use your credit cards and pile debt on you without you ever knowing.

This is a fairly obvious one; hackers will gain access to your iPhone and then steal all of the money that you have online, such as charging your credit cards or even stealing personal access details to your bank accounts. They can then use that information to transfer money from your bank accounts as well. In essence, this could completely ruin a person’s life.

This is another major reason for data theft and iPhone hacking. Hackers can steal all of your information, and then post it on the dark web for bidders. If you have ever been on the dark web, you will realize that there are plenty of websites selling personal details including bank account names, numbers, and passwords, for a price. They can sell for a pretty decent amount on the dark web.

This is probably the worst, but it does happen. Hackers can steal your sensitive pictures and your data, and can then blackmail you with it. They might ask you to pay a specific amount of money, usually in Bitcoin, or they will threaten to release your personal pictures or details to your contacts. 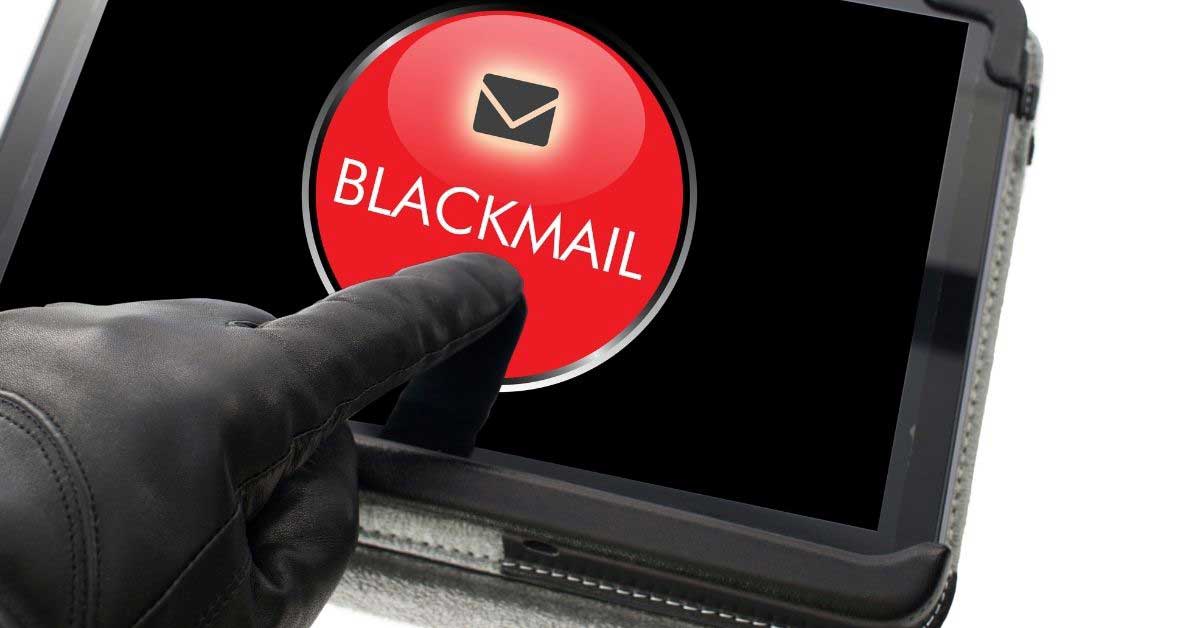 Apple Doesn’t Really Do Much to Protect its Customers

One of the more frustrating things that you will realize regarding iPhone protection is that Apple doesn’t really do much to protect its customers.

For instance, one of the distinctive features between Apple and Android devices is the fact that the latter allows security companies to provide their official apps on the Play Store, which allows an average user to easily scan their device and check it for hacks.

On the other hand, Apple doesn’t allow that at all. Simply put, what this means is that an Apple user does not have a simple, straightforward way of figuring out whether they have been hacked or not.

You need to know exactly what you are looking for to find it and then remove it. Obviously, that is easier said than done for most people.

The other, more advanced option is to get in touch with a digital forensic firm and get your phone thoroughly analyzed.

However, most people simply don’t want to go that route because it costs a considerable amount of money, and can take up to several weeks. Nobody wants to spend that kind of money on simply figuring out whether their phone is hacked or not.

There are a few simple ways by which you can figure out the presence of spyware on your iPhone. When spyware infects a phone a series of changes are made to the file system. Because it runs in the background constantly you will be able to figure out whether your phone is infected quite easily.

For instance, is the battery running out much faster than it should? More importantly is the phone feeling hotter than it normally does when you use it on a daily basis? This is probably because of the presence of spyware on your device, and you might be able to figure out whether your phone is infected or not.

I have a series of articles covering how to detect spy apps in their various forms – How to Tell if Your iPhone is hacked is a good place to begin. I also have a main guide covering signs your phone might be hacked – use thia as well to get a good idea of what to look out for.

If you have even the slightest bit of doubt you might want to consider using an anti-spyware tool or you can simply factory reset your device. I discuss this and a few other methods for removing a hacker from your phone in this article.

A factory reset is going to remove all of the data from your device and it’s going to return the phone back to its original factory state. This will remove any spyware on the iPhone.

Obviously, this is not something that you would want to do unless you are absolutely sure of spyware, but if there’s nothing important on your phone, it’s worth a try.

You should back up all important information in your iPhone before performing a factory reset. You don’t want to lose all your personal stuff like pictures and contacts! It’s an extreme measure, but it might be the only way to get rid of such intrusive spyware from your device. 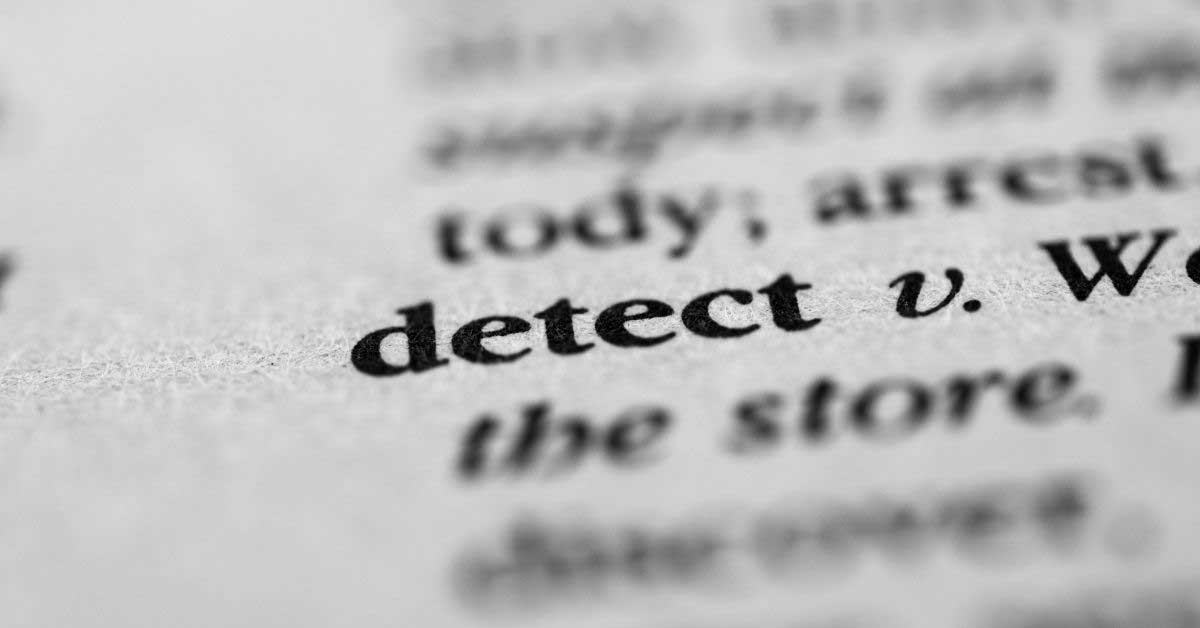 More importantly, you need to understand that jailbreaking your Apple device is a bad idea. It exposes your phone to a myriad of third-party applications and could lead to some serious problems over the passage of time.

You have to make sure that you avoid downloading harmful apps that haven’t been approved by the App Store on your device.

It always pays to be a bit more vigilant when you are browsing online as there is a major risk that your information might be stolen or someone might plant spyware on your device without you ever knowing about it. These are just some important things to know about detecting spyware on your iPhone.