Worried that someone might have tapped your phone? It may sound a little extreme but you’ll be surprised how many people are falling victim to this. I’m going to teach you how to tell if your phone is tapped and if they have done it using spy apps.

Cell phones are man’s new best friend. There always in our company and know most if not all our secrets. A whopping 6.8 billion people worldwide today have a cell phone subscription – now think about the fact that there are only 7.4 billion people on this earth and the fact that it only took us 20 years to arrive at this figure and you’ll see where I’m coming from.

Your cell phone is one of the only things you never want to forget when leaving home. Whether it’s to use the GPS feature, send messages or post pictures to Instagram of your night out, your cell phone is a must have.

Why does this matter? Well stay tuned if you’re curious!

While I hate to be the bearer of bad news, your cell phone isn’t really a good friend – especially when it comes to keeping secrets. With skills and resources at their disposal, anyone can tap into your cell phone to access your ‘secret” messages and even your location without you being aware of it.

Sure they’d be doing it against the law but this never seems to stop hackers and cyber criminals. Luckily, the situation isn’t completely hopeless. 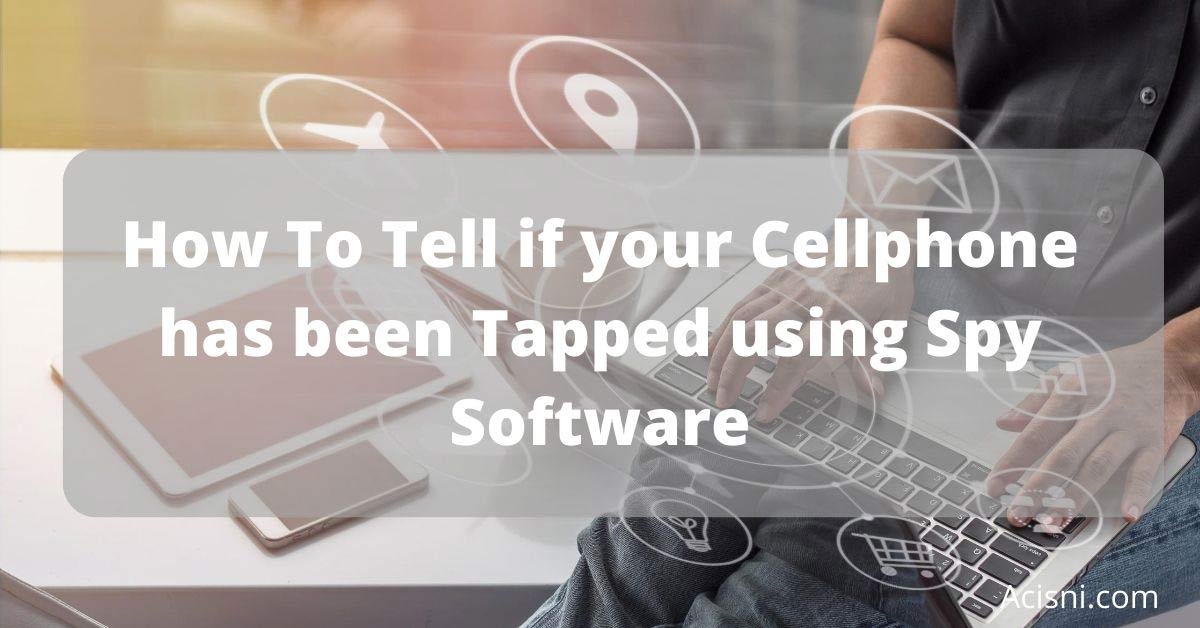 Below I’ll discuss ways in which you can tell if your cell phone (or any mobile device you might be using) is being spied on or tapped without your knowing.

Has Someone Tapped My Cell Phone Without My Knowledge?

It’s entirely possible that your mobile device might be tapped without you knowing. Someone might have felt the need to gain access to information sent from and received to your phone – your jealous spouse, a hacker looking for his next target or your boss, eager to catch you wasting time while still on the clock.

Maybe you’re a famous person – and in most cases that’s enough reason for the paparazzi or someone looking to blackmail you to overstep legal boundaries. In fact, these situations are very common today – they happen more often than not! 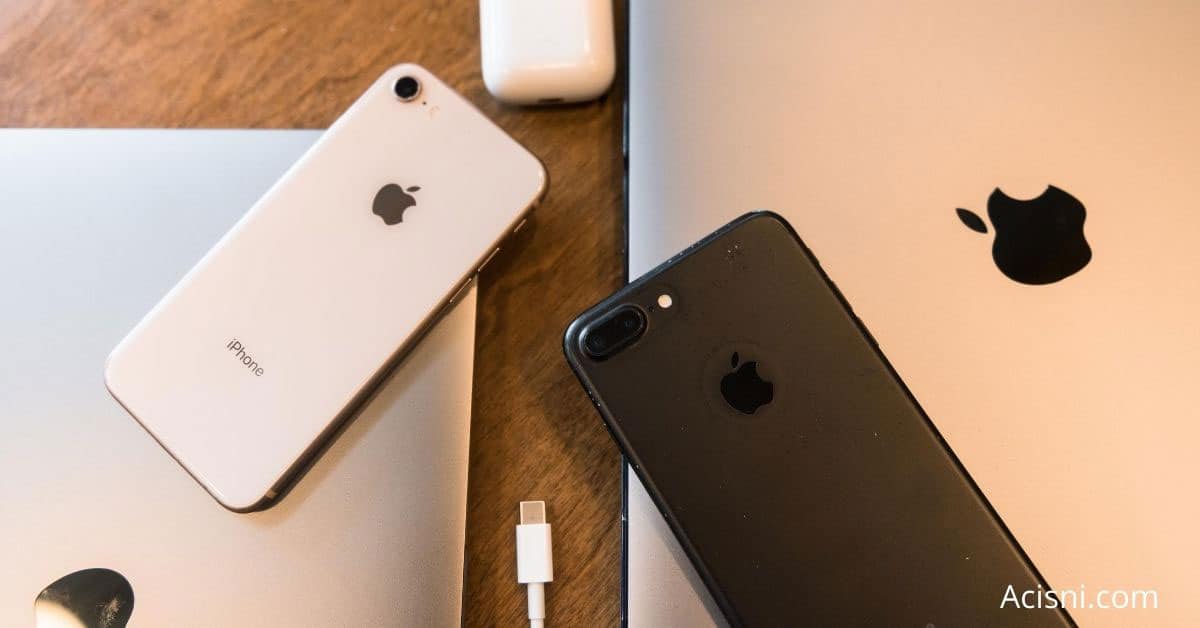 Oh and don’t forget – once your phone has been tapped, the person behind it will be able to track all your movements with your phone. Sounds scary, right?

If you’re an avid reader here, you’ll know that I have covered a number of cell phone spy applications available today. If you have not seen them, I suggest you take a look for a good understanding of what these programs can actually do. And don’t be surprised if you’re in complete shock – most people are!

Flexispy is one option that I have mentioned quite a lot, specifically because of it’s one of kind advanced features.

mSpy is also another popular option that offers a program that does not require users to jailbreak the target device, making it easier for anyone to tap your phone – of course they’ll need your Apple ID and password but it does make things a little easier.

All these applications are easily accessible all around the world and can be sold legally despite what the buyer intends to use it for.

Monitoring Apps Can Be Difficult to Spot

Technology is constantly advancing which means spy applications are now more sophisticated than ever, making it harder for you to detect them on your mobile. Many giveaway signs that could tell you if a spy application has been installed on your phone are now hidden.

Most quality applications will not display any of these signs once installed properly on a device.

Nonetheless, there are still a few ways in which you can detect if someone is spying on your cell phone. Below I’ve listed a few signs that will help you to tell if your phone has been tapped.

However, it’s important to know that in most cases these signs won’t be obvious so there is no guarantee that you’ll be able to tell that you’re being spied on – but being prepared never hurts.

Changes in Your Phone’s Behaviour

There are a number of things that can cause your cell phone to act up – from application updates to bad signals. Regardless, you know your phone – simply noticing strange behaviours in your phone is your best bet at telling if you’re being spied on.

For instance, if your phone starts making strange noises, lighting up or turning off with any technical issues, this might be an indicator. In fact, these signs are common on mobile devices with a hidden spy software.

If your phone starts acting like this abruptly without any technical problems, you should definitely consider checking if a spy app has been installed without you knowing.

Does Your Battery Overheat?

A hot battery was one of the easiest ways to tell if your phone has been tapped without your consent. Today, you won’t find this happening with most quality spy applications, however, if your phone warms up if it’s not being used, this might mean that there’s someone else “using” it.

Most phones tend to warm up when in use but this is not common if the phone is not in use. So, if your battery gets hot without you using it, I suggest you take a look at it. 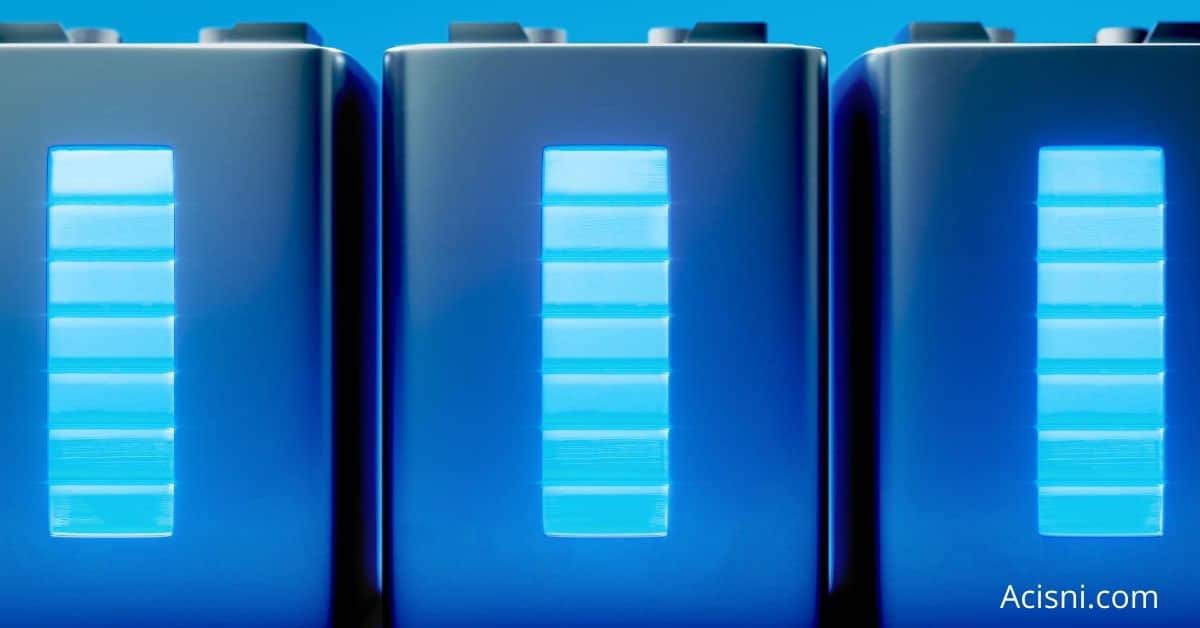 If your battery abruptly stops holding charge this could also mean that a spy software is installed on your phone. This is especially true is your phone is fairly new and does not have a battery problem.

Monitor your battery usually closely if you have reasons to believe your phone is tapped. Your cell phone battery usage is likely to increase if a spy application a been installed. If your cell phone is old, it’s only natural to expect changes in the battery life, hence what you should look for are significant changes.

There are many apps available today such as Battery LED for iPhone and AccuBattery for Android – that you can use to monitor your battery life. I suggest you install one of these apps on your respective devices.

Difficulty Powering Off Your Device

If you’re cell phone starts acting up whenever you try to power it off, there might be someone spying on you. For instance, if it starts taking too long to turn off or the backlight remains on when it’s off, your phone might be tapped. Try to be on the lookout for strange activities on your mobile at all times.

Sure these signs will not always mean that your phone has been tapped. Your phone is made up of software and hardware, so this means it’s likely to malfunction when there any major changes. – but as I mentioned earlier, there’s no harm in checking. 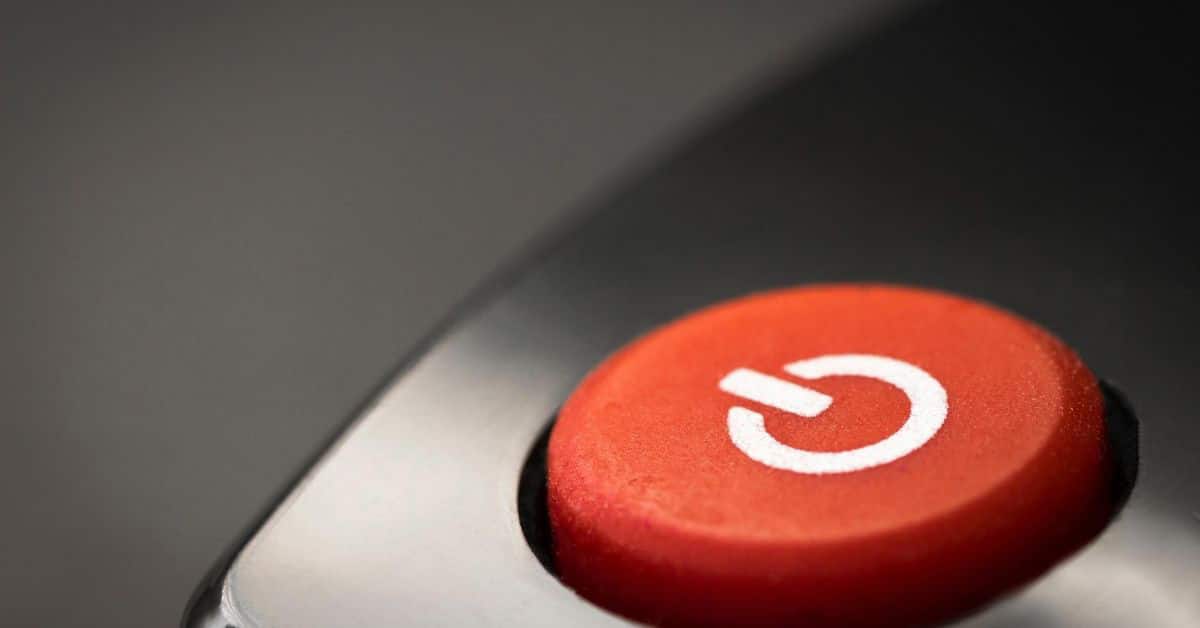 If you start getting weird text from strange numbers containing unreadable characters or symbols, this could mean that your phone is being spied on. Many spy applications work by sending coded SMS text to the target device.

Normally these texts will not be visible but if there is a problem with the software the messages may show up.

Judge how often the messages are received on your phone and this should give you an idea of whether or not something is wrong.

Strange Background Noises When On Calls

If your start hearing weird noises in the background when you are on a call, this could mean that someone else is listening in on your call. Now let’s not get too paranoid – I’m not talking about regular sounds here.

Generally, it sounds like an echo, static or clicking in the background that may come off as bad reception. You might even hear these strange sounds coming from your phone when you’re not on it. As always, look for repeated signs before moving on.

All The Signs Mentioned Above!

You may have come here looking for definite answers – NO, there’s no one spying on your mobile activities, or YES, you’re being watched. I hate to disappoint you but it not that easy. Your best bet is being on the lookout for weird changes in your mobile that might indicate that it has been tapped.

Follow your instincts – there might be a solid reason for you to believe that your phone is being monitored by someone. Try not to be too paranoid though.

Can My Antivirus Tell Me If My Phone Is Tapped?

Simply put, no. While antivirus can defend your mobile against a number of things, most times they are unable to tell you if a spy application is on your phone. In fact, some of the best antivirus are only 60% accurate and this figure gets smaller as these programs become more sophisticated.

These programs are designed to stay hidden on your cell phone – some will stay hidden without leaving a trace. Some spy applications will even change the names of their hidden files regularly to further deter any anti-spy applications on your phone. 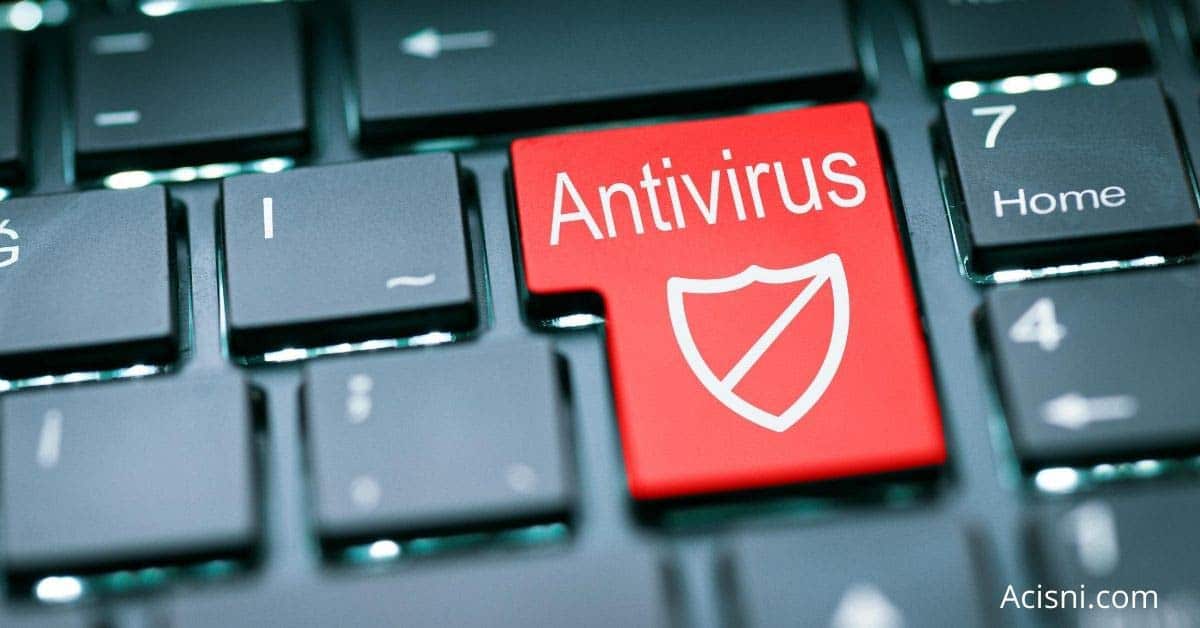 The only way to be certain that your cell phone is not being monitored is to take the necessary measures to prevent it from being tapped in the first place. And the solution is simple actually – just try to keep your phone out of the wrong hands and set a password that is difficult to figure out.

The spy software will need to be installed to your phone physically. So if the person does not have physical contact with your phone, it’s unlikely that they’ll be able to install a spy app.

The only exception is monitoring programs that are available for iOS devices and does not require the device to be jailbroken.

Try to utilize encryption apps and take other protocols to make it almost impossible for anyone to tapped your phone.

How Can I Get Rid of the Spy App?

If you’re phone is displaying all the signs I’ve listed above and you have reason to believe that your phone has been tapped – or simply just want to check – what can you do?

Contrary to what you may believe – these programs can be removed. I have two in depth guides to help you – how to remove spy software apps and then how to remove a hacker – read these for full details.

In most cases spy applications/monitoring programs can be easily removed from your cell phone by factory resetting it – it’s that easy. If your cell phone is an iOS device additional protocols may be required.

Just bear in mind that once your factory reset your mobile, you will lose all the information stored on it – including all personal data. 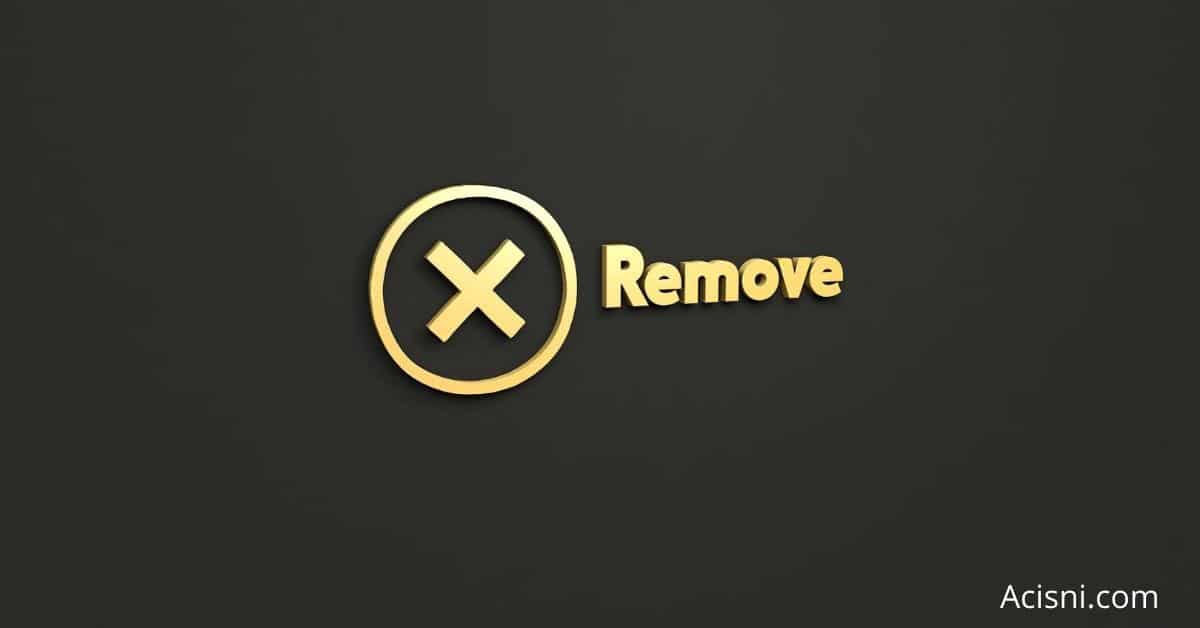 I hope this post has been of some use to help you determining if your phone has been hack. Spy applications are more sophisticated now, so it’s almost impossible to give you a definite YES or NO on whether or not your phone has been tapped. The only way to know the definite answer is to get inside your phone settings.

If you have reasons to believe your phone is being monitored and cannot verify it, I suggest that you do a factory reset. Also, take a look around the website on your way out – I’ve discussed a number of topics related to spy software that may be of use to you. Good Luck!

Scroll back to top