So you think someone has really hacked your phone – What are you going to do? It’s a scary situation but don’t panic … you do have options.

I’m going to explain how to remove a hacker from your phone – how to unhack your phone in other words. And the good news is that it’s easier than you might think!

First you need to know for sure if you have been hacked, then I’ll cover different methods to remove a hacker from your phone (or tablet device).

I’ll cover options for all phones then look at specific advice for Android and iPhone users. In the end you’ll know how to unhack your phone. 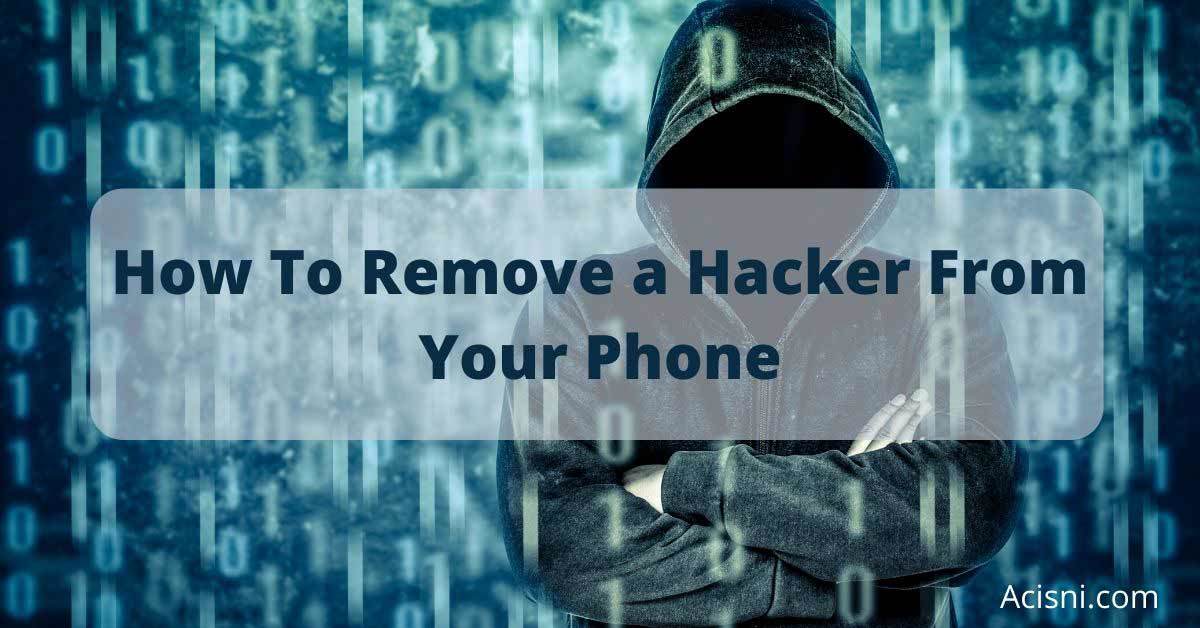 This guide is part of my Online Security section covering a ton of information to help keep you and your family safe. Don’t forget if you need more in depth help – I have a premium Cell Phone Security Ebook to help – have a look it has helped well over 1,000 people so far!

Have You Really Been Hacked?

This is probably the hardest thing to know for sure. In my experience, most people who think their phone has been hacked aren’t actually hacked! Unfortunately though the number of people actually getting hacked is growing fast. It is a real problem.

I have several articles to help :

How to Know if Your Phone is Hacked – this is a huge guide covering all aspects of hacking a phone. It gives a list of signs to look out for, the methods hackers use as well as why hackers want to hack you in the first place.

How to Detect Spy Apps – is a guide aimed specifically at finding spy apps on your phone. Spy apps are widely used to hack phones and devices and their use is growing. They can be found in most cases – this article explains how to detect them.

Using a Code to Check if Your Phone is Hacked or Tapped – this one explains how some people claim that you can tell if your phone is hacked simply by using some codes – some surprising results!

Make sure you have looked through these guides to find if you have been hacked for real. You don’t need to be a phone expert – these guides have easy to follow instructions but you will need to use some judgement.

So now you believe you are a victim of hackers (or not) – what to do?

What To Do If Your Phone Has Been Hacked?

If you have read through my articles above you’ll know that there are several ways hackers can gain access to your phone . How they have managed to hack you can influence your response.

For example if you have been hacked by spy apps – you might be satisfied with just removing the spy app. But if your phone has been severely hacked and is not working properly you may need to take more drastic action.

You also need to consider the wider effects from being hacked. All of your accounts could be compromised – from your Snapchat history or account to your bank accounts!Don’t panic – there is one method that will stop hackers in their tracks no matter how they hacked you in the first place. 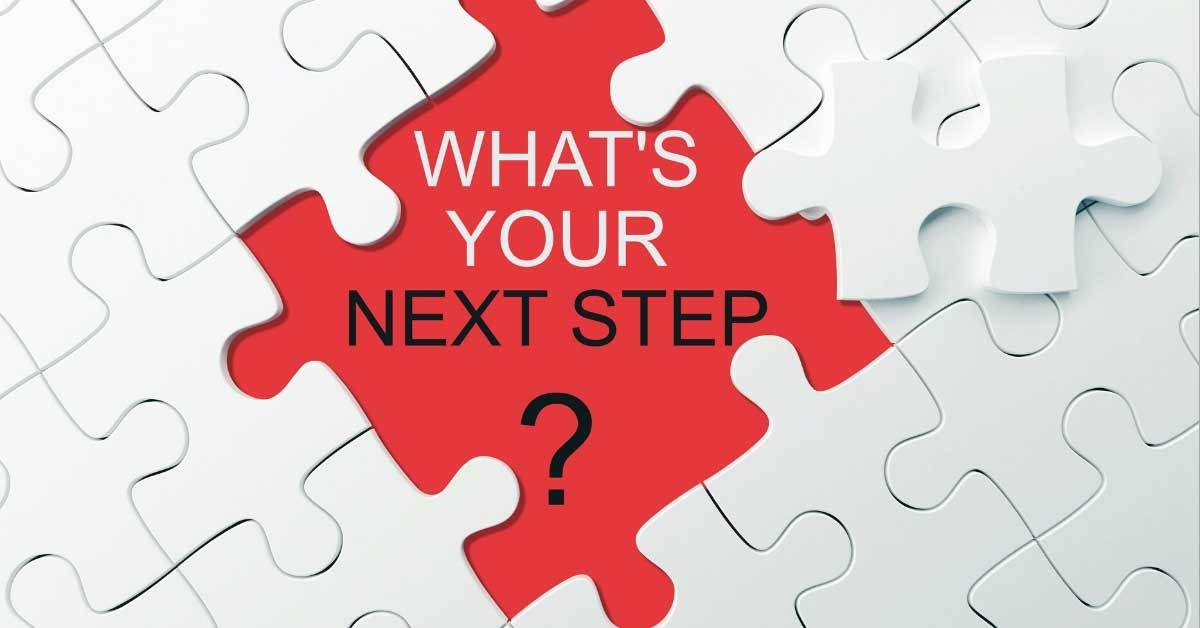 How to Unhack Your Phone … Completely

This is the “nuclear” option but it is the most effective method to remove a hacker from your cell phone – it is also the easiest. The fact that this is so easy leads people to be skeptical that it actually works – but trust me it does work.

Performing a factory reset or a hard reset will unhack any phone or tablet device. It will work for any phone – Android and iPhone.

The factory reset function built into all modern smartphones basically wipes the entire phone and returns it to the state it was in when it left the Factory – hence the name. It removes all apps, contacts, history, data – everything!

It will remove all kinds of hacks – spy apps, malicious downloads, viruses, malware, Trojans – everything.

The downside is that all of your own apps and personal data will also be removed – but you can overcome this with your own backups. 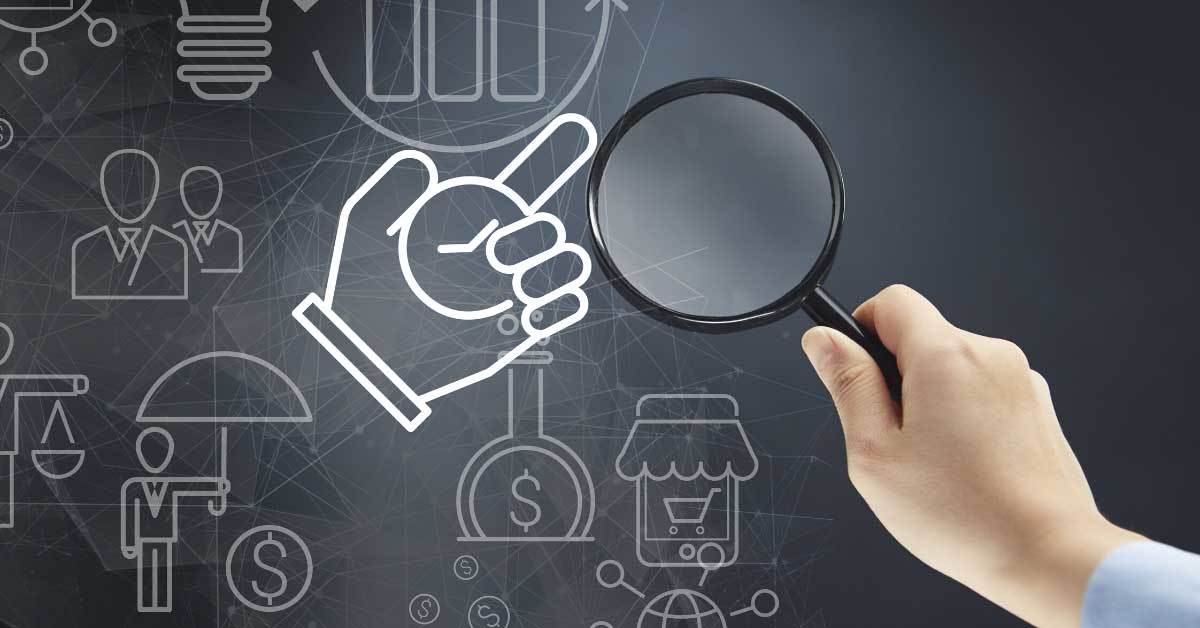 Just be sure to follow the advice on backing up you phone before performing a reset. See also:

These articles will show you step by step how to create backups before doing a hard reset to ensure you keep your important data. They also have links to articles on how to restore these backups.

As I said this is the “nuclear” option and it works for all phones and all kinds of hacks. Even if you are not totally sure you have been hacked – this method will put your mind at rest.

There are other ways to unhack your phone in a more detailed way but these come with some risk depending on your abilities. There is a risk that you might miss something and end up with a device that could still be compromised.

Other Ways to Remove a Hacker From Your Phone

If you are not ready to go all in with a factory reset to remove any potential hacks there are a few things you can still do:

If you think you have been hacked through a virus, adware or malware attack you could try to remove these and clean your phone. Free and paid versions of antivirus apps can stop a lot of unwanted hacks.

I have had good results with AVG Free Antivirus and Malware Bytes – also free.
Remember that these programs are not reliable against spy apps – but against common virus and malware attacks can be good.

The problem with this solution is that you can’t really be sure you have removed all threats. It is important to monitor your phone afterwards to see if any suspicious activity is still taking place. 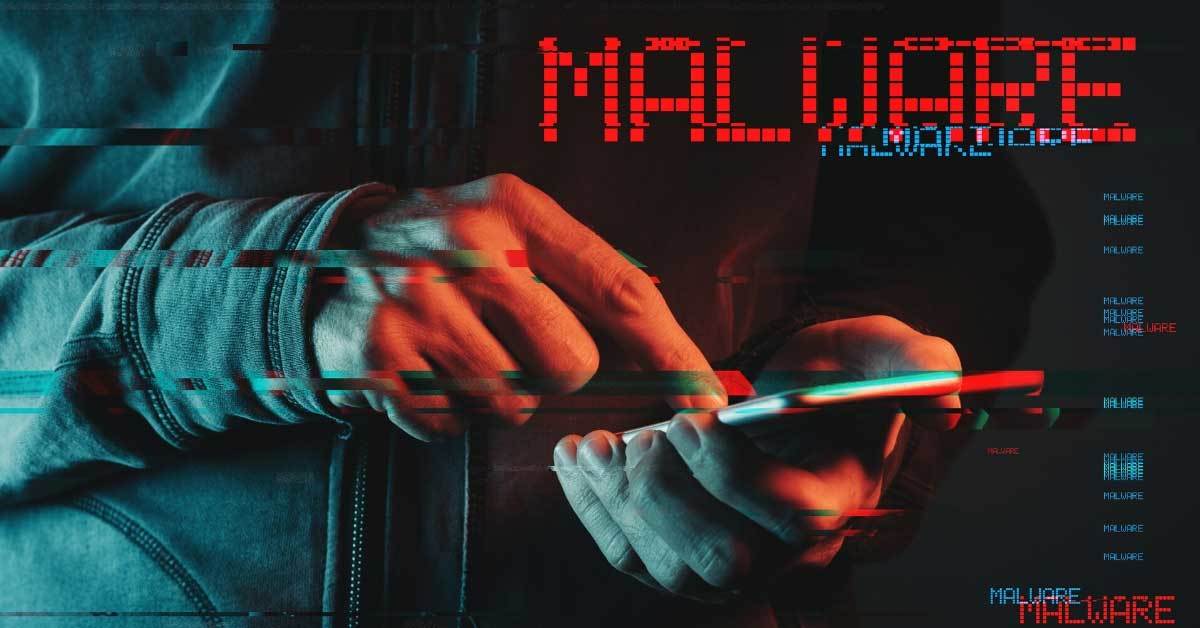 Simply updating your phones operating system to the latest version can remove some hacks. Spy apps can usually be stopped with this method.

Spy apps are designed to work on specific operating system versions – changing the version after they have been installed will stop them working. Of course they can be re-installed later.

Updating the software isn’t such a drastic measure as the factory reset and your existing apps and personal data aren’t removed. But, it will not remove all kinds of hack.

Remove a Hacker from an Android Phone

To unhack an Android phone you can use any of the methods discussed so far. One thing you can do that is specific to Android is to remove any Root. I’ll explain …

Some features in spy app hacking require the phone to be Rooted. I have a detailed article on how to Root Android – Rooting refers to advanced interaction between some apps and the phone, the apps are granted “Root Access“.

If this Root access is removed, the apps will not work. Simply updating or re-installing the phone software will remove any Root from an Android phone.

This is a good way to remove spy apps from an Android device but isn’t effective against other kinds of hacking.

Remove a Hacker from an iPhone

You can unhack an iPhone with the above methods as well. Specific to the iPhone you can check for and remove any Jailbreak. See How to Jailbreak an iPhone for more details.

Similar in ways to the Android Root access – spy apps need to be installed on iPhones that have been Jailbroken first. If you remove the Jailbreak these apps will no longer work.

To remove a Jailbreak from an iPhone or Apple device simply update the operating system or re-install the existing software. Again this method is only effective against spy apps.

After You Have Removed a Hacker From Your Phone

Once you have gone through this guide and unhacked your phone or tablet there are a few important things to think about. Yes there are things to protect your phone going forward but even before that – you have already been hacked and you are at risk.

Restoring Backups After a Hack

If you have went the route of doing a factory reset and you want to restore your personal files and data from a backup you still need to be careful.

Everything will have been removed – all data and all hacks. But, you don’t want to let anything back in through your backups. I recommend only re-installing your personal data using the restore function.

You can safely restore things like contacts and photos but re-installing apps should be done manually. This way you can be sure you only restore items that you need and that are safe.

If you go through and install everything manually it may take a little extra time but you will be installing clean versions of any apps.

Just remember that spy apps will not be re-installed from any backup. They work differently and need to be installed and activated – so don’t worry about them in your restore. 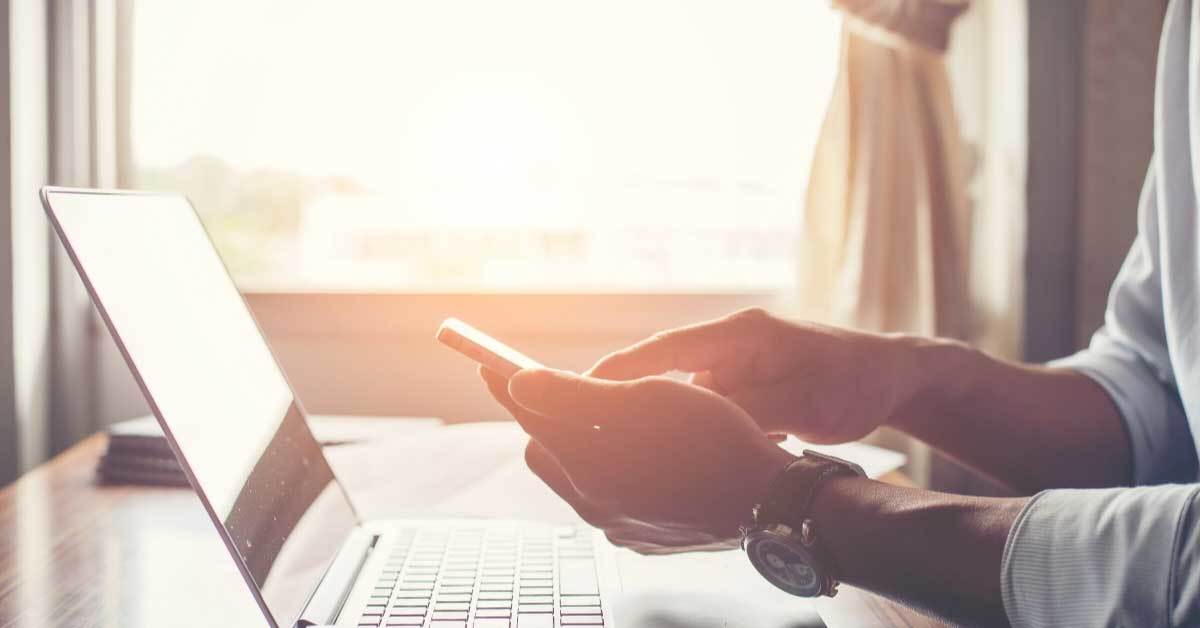 Another reason to install apps manually after doing a factory reset is that you can reset passwords on all your accounts AFTER you have unhacked your phone.

Take the example of being hacked by a spy app. The spy app allows the hacker access to most of your accounts – from Facebook, Snapchat and Instagram to bank accounts and email.

They have the ability to see all of your details including your usernames and passwords. Even if you unhack your phone – they can still access your accounts – you must change all passwords.

I recommend a fresh install of all apps you use and set up new strong passwords – just to be safe! 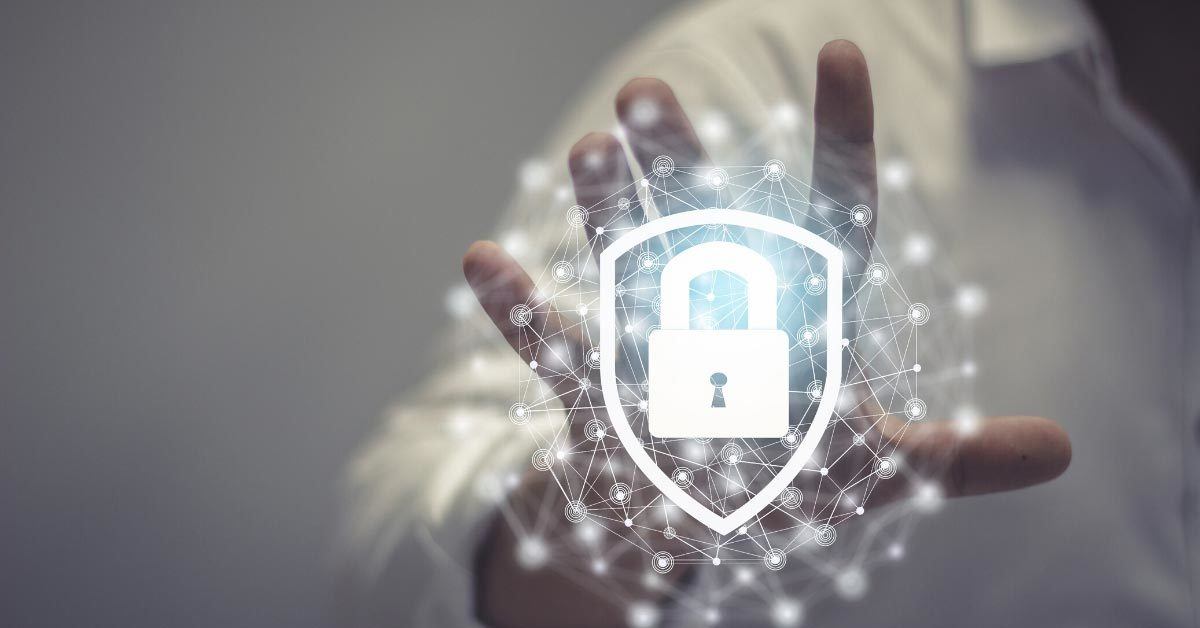 Once you have recognized your phone has been hacked take immediate action. In my opinion the absolute best and safest way to unhack your phone is to do a factory reset. It removes any variables and you can be confident that all hacking methods are covered and removed.

Don’t forget to take care when restoring from backups so that you don’t install any affected files or apps.

Re-install your apps manually and then go in and reset all passwords.

Now you know how to remove a hacker from your phone – and stay safe. I hope you never need to use this guide for real as getting hacked can be a stressful experience but be assured that there is a way out.